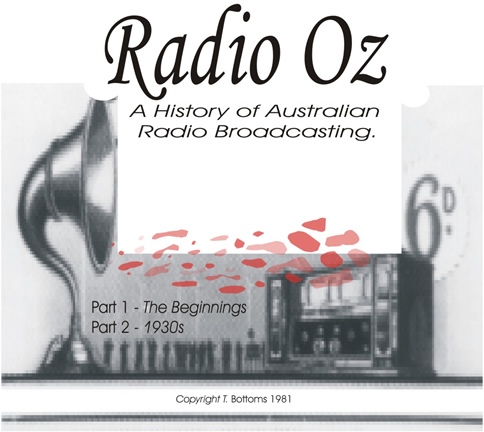 This 4 part half-hour series was first broadcast on 2 SER-FM in Sydney in 1981 and covers the history of Australian radio broadcasting from the 1920s through to 1980. Excerpts from early radio programs and interviews with prominent and everyday people from the heyday of radio to 1980 are included along with examples of early radio commercials and the impact of World War Two on broadcasting. Similarly the halcyon days of wireless in the 1950s gives an insight into an Australian way of life that no longer exists.

This award winning series was made available to the Public Broadcasting Network around Australia.

The master’s of this program are now housed at the Australian Film and Sound Archive in Canberra.