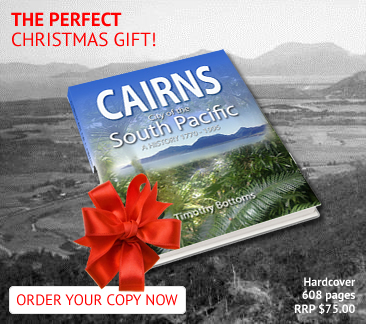 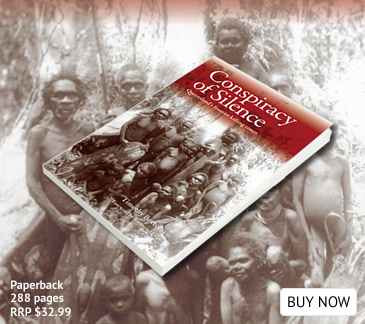 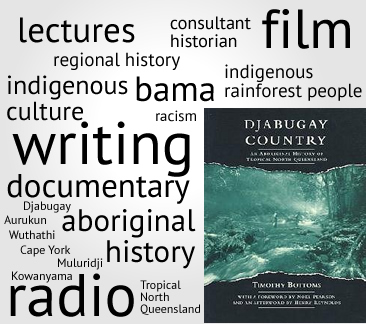 The township of Cairns was established in the wake of the Palmer River Gold rush of 1873, and established as aport for the Hodgkinson Goldfield in October 1876. After a tenuous start, Cairns became the terminus for the far North Queensland railway, servicing the inland mining districts. Chinese were instrumental in launching the sugar cane industry and South Sea Islander labour was important in sowing and harvesting in the 19th century.
This inclusive work covers the many and varied people who have lived and worked in the district as well as the dramatic changes that have occurred. It is a fascinating coverage of this unique tropical paradise.

This is a comprehensive coverage of massacres of Aboriginal Queenslander’s in the 19th century (but not all). Mapped for the first time this work has very well received by his fellow professional historians – read what his contemporary fellows have thought about this work.
Hear Dr Tim on ABC Radio National and CAAMA.
You can order online, from the publisher Allen & Unwin or from your local bookshop.

Other Works by Timothy Bottoms

From writing, producing and presenting radio documentaries to audio-visuals, Dr Tim has researched and written a diverse range of historical works. His creative approach has intrigued audiences and readers alike. Click here to see more of his professionally creatively entertainingly informative work.

With Special Thanks to the following…