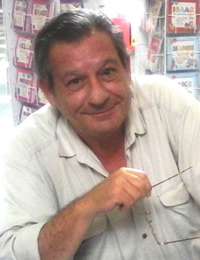 Dr Timothy Bottoms operates the firm NQ Research Associates should you be interested in getting an historical research project underway. Please contact us

Timothy David Reis Bottoms (click here to find out the origin of the Author’s name) was born in Bromley, Kent in December 1954, and immigrated to Australia with his family arriving on Australia Day 1957. The family lived in South Australia and then moved to Albury, NSW. Ten years later, Tim attended university in Armidale where he graduated from the University of New England and then taught upper primary school (1977) before travelling overland to Europe in 1978. Timothy then returned to teach Aranda children at Santa Teresa south-east of Alice Springs. There the plight of Indigenous Australians began to filter through.

In 1980 he moved to Sydney and began training as a radio announcer and worked as a film extra. During this period he researched and presented radio documentaries; The Australian Film Industry and Radio Oz – A history of Australian Radio, which won an award for Creative Use of the Medium (Australian Hi-Fi Awards, 1981) were some of his efforts. He then worked as a radio announcer and producer at 2GN, Goulburn. A Short History of Australian Radio Advertising was one successful production as well as a dozen music biographies.

In 1984 Tim moved to North Queensland, teaching at the remote Indigenous community, Kowanyama and high schools at Weipa and Woree. His first post-graduate research project was an M.A. (Qualifying) thesis Djarrugan – The Last of the Nesting, A Revisionist Interpretation of Aboriginal-European Relations in the Cairns Rainforest Region up to 1876. As a result of this work, Tim was invited by local Aboriginal groups to assist in research and community development. He then lectured on communication skills for the TAFE Ranger Training Program throughout Cape York before being appointed Ranger Trainer Co-ordinator for the Wet Tropics Ranger Group. His depth of experience with Indigenous issues during this period enabled Tim to research and write several papers for publication in particular, the Oral History Program run by the Djabugay Rangers. This formed the basis for the future work, Djabugay Country – An Aboriginal History of Tropical North Queensland, Allen & Unwin, 1999. 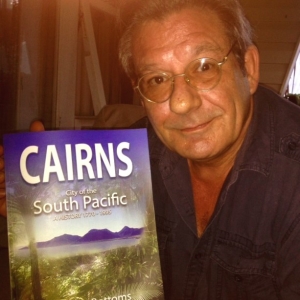