Just north of Eidsvold (c.120kms South West of Bundaberg) locals have erected a shelter in honour of the NSW Native Mounted Police. This force was incorporated into the Queensland Native Police after separation (December 1859). It is apparent that their role as exterminator’s of Aboriginal people on the expanding European frontier was either not known or it is a glorification of their role. This is one example of an inappropriate memorial which should not exist as it currently stands. Acknowledging the site is fair enough, but it needs to be placed in context. The NSW Native Police or Border Police’s operations on the frontier became the initial blue-print for the Queensland Native Mounted Police (from 10 December 1859). They were there to protect the new settlers and ‘disperse’ any large gatherings of local Aboriginal people. ‘Disperse’ was a euphemism for shooting, so regardless of the fact that most gatherings were for ceremonial / social purposes (not to plan attacks on settlers), the invading Europeans misinterpreted this and saw them as a threat to their ‘colonisation’. 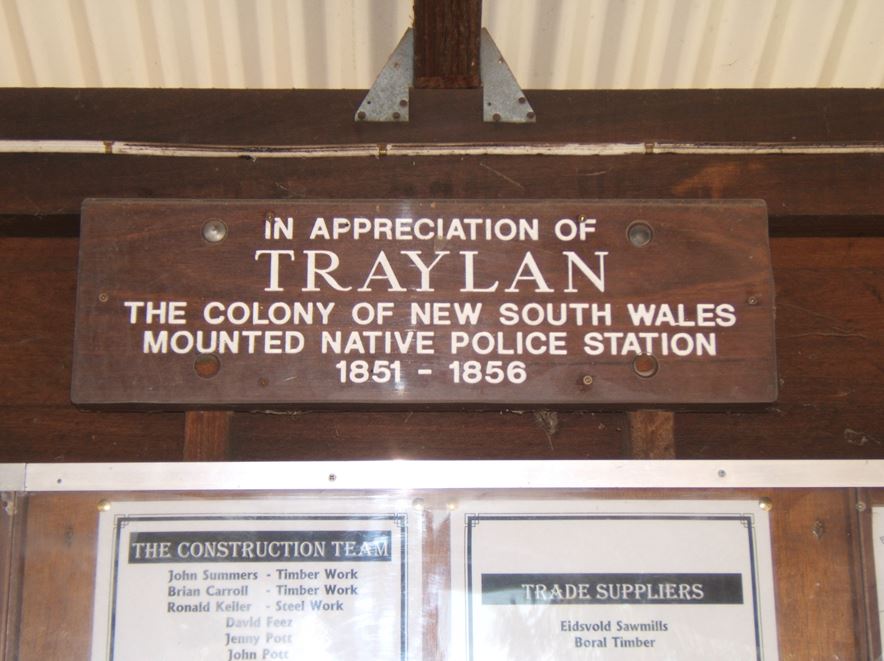