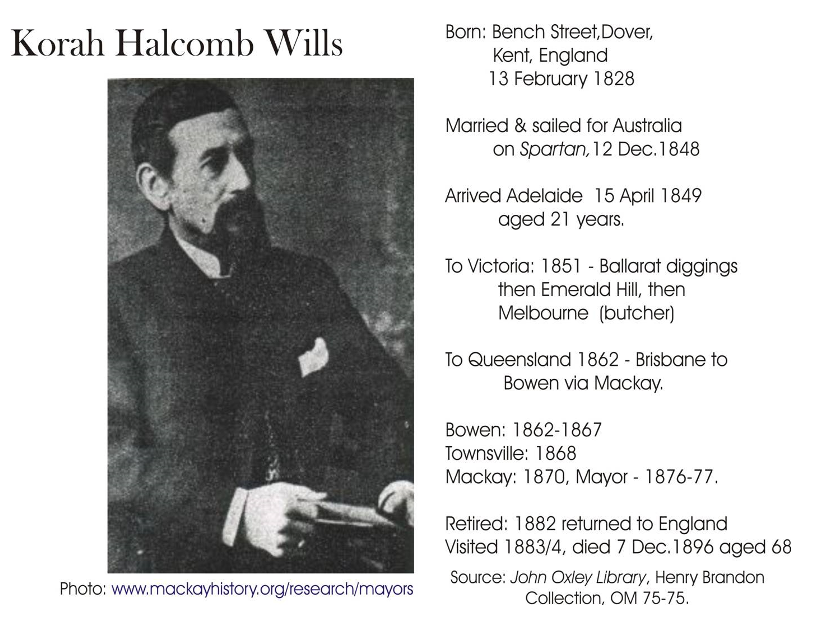 p.108 …will all be forgotten in another 100 years, but we have got the country and may we ever hold it for we [p.109] want it for the good of the whole civilized world. [W]e don’t object to any foreigner [sic] coming in and taking his share of the good that is going, and which is being got from the soil we have risked our lives for in arresting it from the savage that held it before no – many are the expeditions of the above kind Have I been in and many are the curiosities that I have picked up in the camps of the Natives wild as they ever were, and perfectly rude and cannibles [sic] into the bargain but there is very little of the dispersing going on now in the colonies only just on the very outsides of civilization and what there is must be done very much on the quiet or you may hap get into trouble, but in my time they [p.110] were dispersed by hundreds if not thousands but that was in the early days of Australia, when me and my wife landed there [15 April 1849]…[Wills moved from Brisbane to Bowen in 1862]

[p.111] …I must not forget in one of my dispersing expeditions I was in company of a few squatters and their friends on one of their Stations. When the Blacks had been playing up. And killing a shepherd and robbing his Hut. When we turned out and run them to earth where they got on the top of a big mound and defied us and smacked their buttocks at us and hurled large stones down on us. And hid themselves behind large trees and huge rocks but some of them paid dearly for their bravado. They had no idea that we could reach them to a dead certainty of a mile by our little patent breach [p.112] loading “Terry’s” when they were brought to bear upon them some of them jumped I am sure six feet into the air with astonishment and a clear out for those who were not in receipt of such medicine and out of these mobs of Blacks I selected a little girl with the intention of civilizing, and one of my friends thought he would select a boy for the same purpose and in the selection of the same I stood a very narrow chance of being flattened out by a “Nulla Nulla”. From the deadly weapon across my arm which I threw up to protect my head, and my Friend who has since been connected with the Government [p.113] of the Colony and has held the high office of Chief [sic] Emigration Commissioner and protector of the Blacks who in my time was a kidnapper to the hilt. I don’t know if his conscience ever pricked him on the subject as I never had the chance of seeing him since and one of those occasions I took it in my head to get a few specimens of certain limbs and head of a Black fellow, which was not a very delicate occupation I can tell you. I shall never forget the time when I first found the subject that I intended to anatomize, when my friends were looking on, and I commenced operations dissecting. I went to work business like to take off the head first, and then the Arms, and then the legs, and gathered them together and put them into my [p.114] Pack saddle and one of my friends who I am sure had dispersed more than any other Man in the Colony made the remark that if he was offered a fortune he could not do what I had done. his name was Peter Armstrong a well known pioneer in the North Queensland and pluck enough to face a 100 blacks single handed any day as long as he had his revolver with him and his Rifle but that beat him he said. We took my trophies home to the Station that morning, and in the afternoon my friends were all going down to the Lagoons to fish and to Bathe and I took some of my limbs to the lagoon also to divest of its flesh as much as I could and got on pretty well with it until it became [p.115] dark and I had to give up the unholy job, and we went back to the Station for supper…[and became ill for several days]..but I was not [p.116] going to be done out of my pet specimens of humanity, and I packed them home to Bowen as well as my little protogee [sic] of a girl let me who rode on the front of my saddle for over 80 miles and crying nearly all the way. and as I neared the Town of Bowen I met different people who hailed me with how do. and so on and where did you get that intelegent [sic] little nigger from. my answer was that I had picked her up in the Bush lost to her tribe and crying her heart out so I took compassion on her and decided to take her home and bring her up with my own children, which I did…[she later died]