None of this information is acknowledged on site or in the district.

The entrance to Cullin-la-Ringo historic site, South-West of Emerald (Qld), in 2009. Note the sign does not mention the Aboriginal tribal group or any reason for the massacre occurring or the result after the massacre. 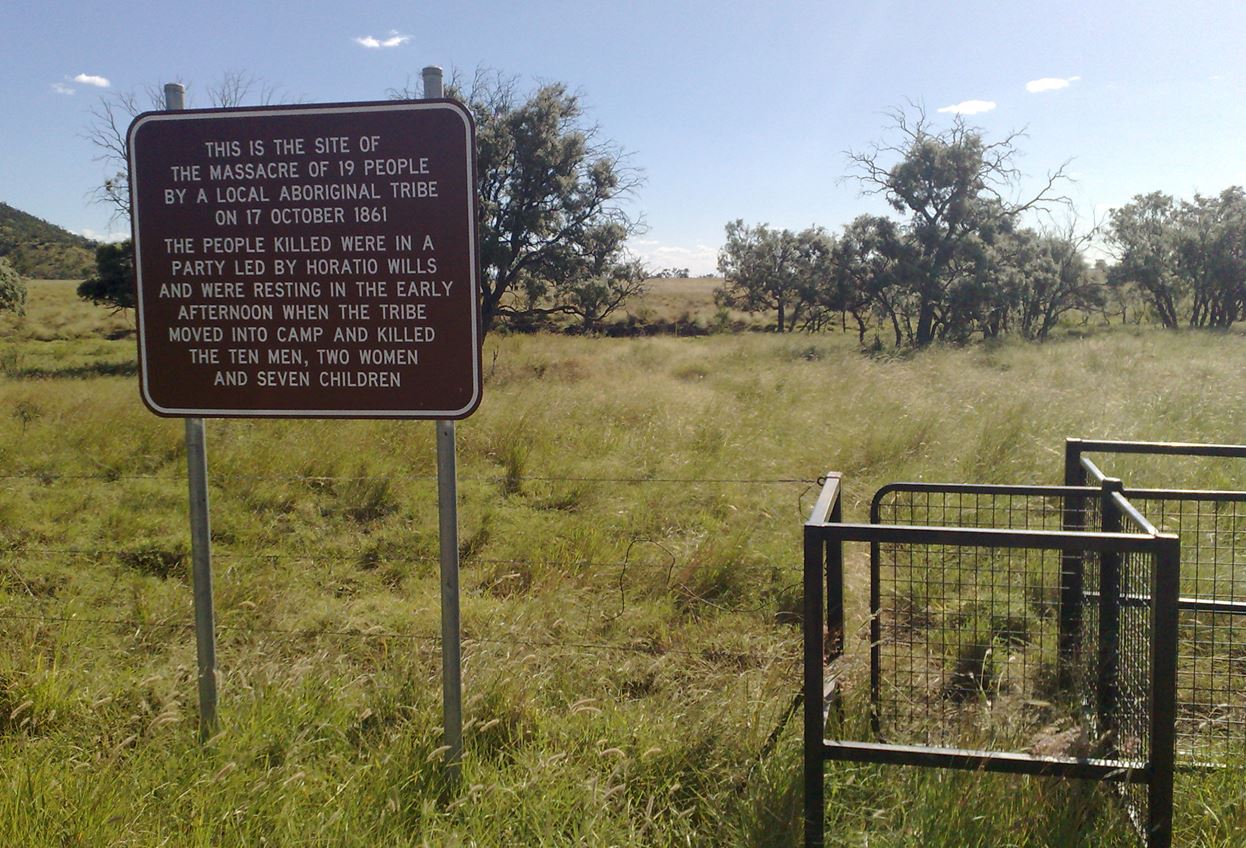 The context is missing:

The tragedy of 17 October 1861 occurred because the manager of nearby Rainworth station, Jesse Gregson, had, along with Second Lieutenant Patrick and his Native Police troopers, shot members of the local Gayiri (for ostensibly stealing sheep, which they had not, as the flock was later found). To the Gayiri the Wills massacre was a retaliatory response. Cedric Wills later recalled that: It makes my blood boil … that Gregson, just for the sake of a few sheep, committed the act which was to cause the murder of my father and all his party  men, women and children. The colonial Queensland Government reacted by sending seven Native Police detachments to the district with the result that between 300 and 370 Aboriginal people were killed. 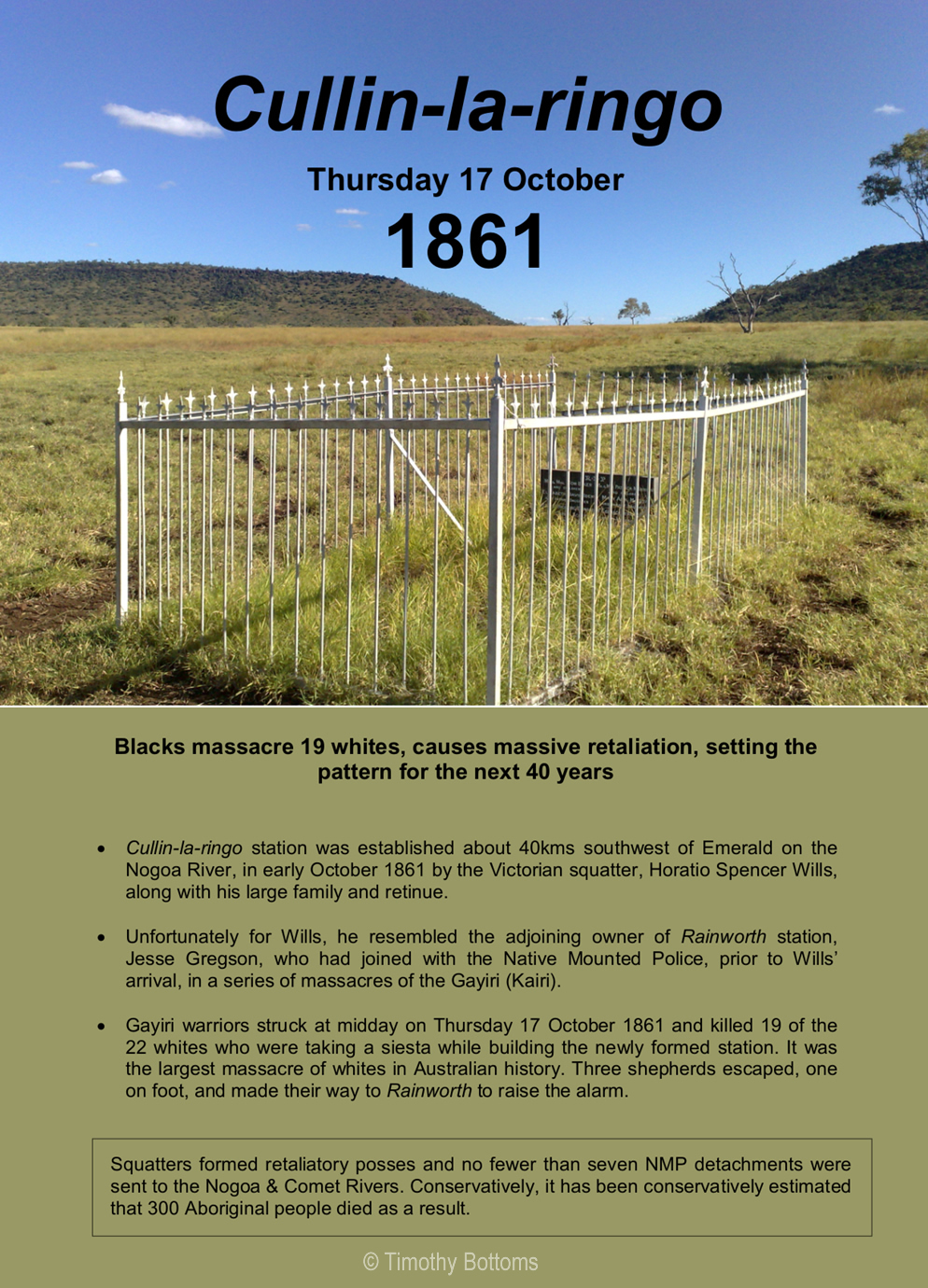 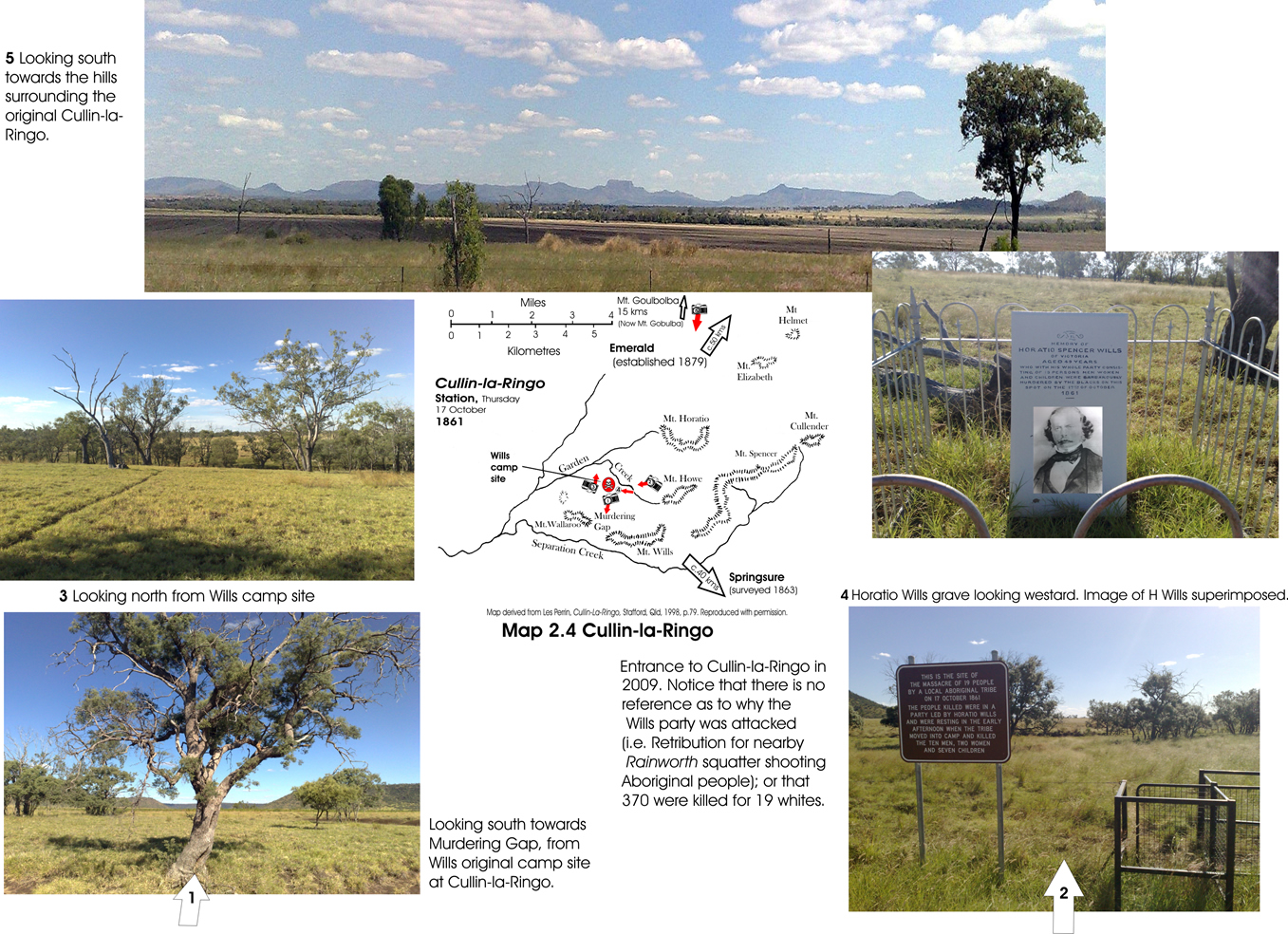 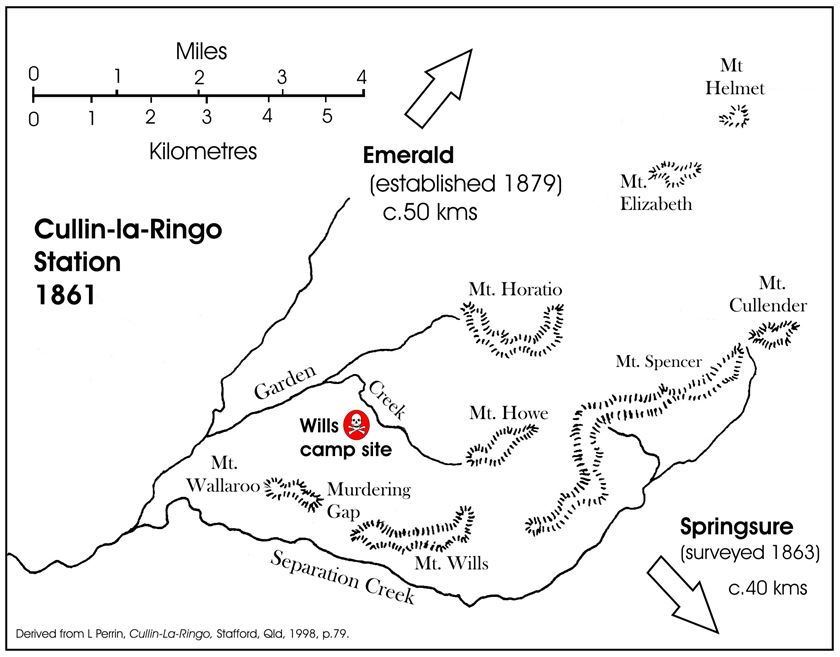