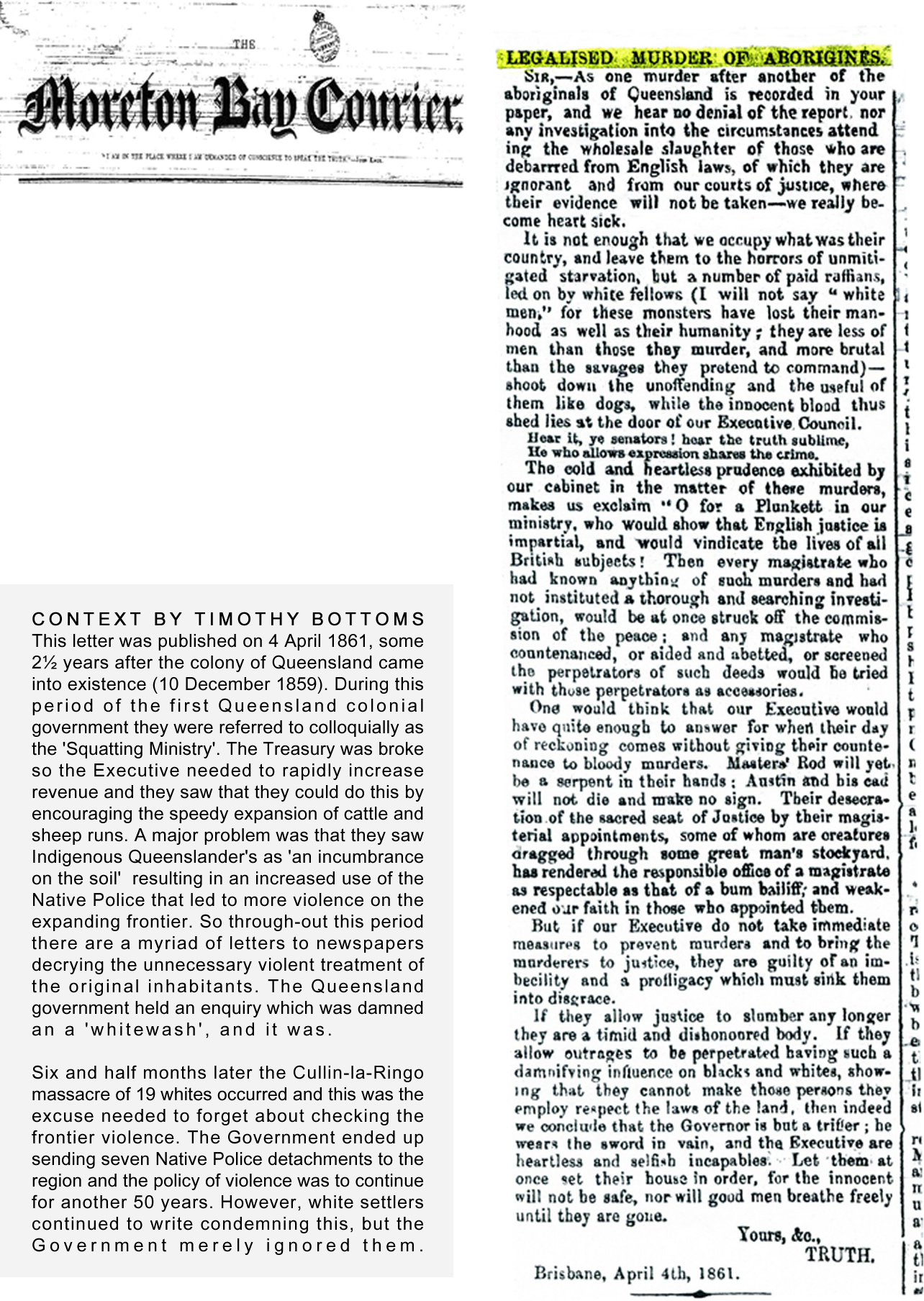 This letter was published on 4 April 1861, some 2½ years after the colony of Queensland came into existence (10 December 1859). During this period of the first Queensland colonial government they were referred to colloquially as the ‘Squatting Ministry’. The Treasury was broke so the Executive needed to rapidly increase revenue and they saw that they could do this by encouraging the speedy expansion of cattle and sheep runs. A major problem was that they saw Indigenous Queenslander’s as ‘an incumbrance on the soil’ resulting in an increased use of the Native Police that led to more violence on the expanding frontier. So through-out this period there are a myriad of letters to newspapers decrying the unnecessary violent treatment of the original inhabitants. The Queensland government held an enquiry which was damned an a ‘whitewash’, and it was.

Six and half months later the Cullin-la-Ringo massacre of 19 whites occurred and this was the excuse needed to forget about checking the frontier violence. The Government ended up sending seven Native Police detachments to the region and the policy of violence was to continue for another 50 years. However, white settlers continued to write condemning this, but the Government merely ignored them.